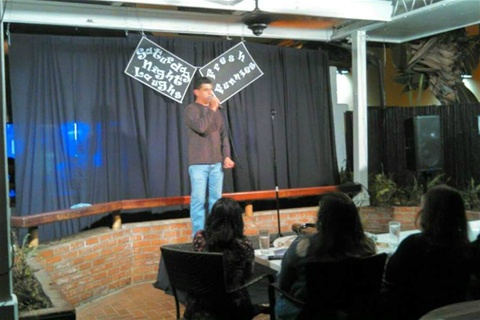 I hope all are well, where ever you may dwell!

I think I covered most of the major concerns about the gigs experiment the last few post. Now that it’s less than a month away from launching this journey, I know the time will just fly by as I wrap up some final jobs, and make my needed preparations.

Now that I have explained the purpose of my adventure, I want to use this time and the next few posting to tell you a little about myself. I really have been back and forth on whether to open up to everybody about my private life, or to just stick to the subject, which is this unique journey!

Some of my readers know me well, but most and hopefully many more do not. I decided to share a little of myself, my childhood and my recent path that have brought me to this exciting time in my life. Even some of my closes family and friends might be surprised by what I will reveal in the next few post. I will break my story up in a few segments over the next few days, hoping not to bore any of you good people to sleep!

I will start with my name. Obviously Juanjohn is not my real name, it is, sort of. My birth name is Juan. Juan de Dios Bayardo. Translated means “John of God”….don’t laugh! Thanks to my grandmother, that’s the name I had to answer to every roll call of every first day of school, for twelve years! On the Mexican calendar, March 8th is my saint’s name, San Juan de Dios!  It could have been worse, like Tiburcio or  Proceso! Talk about having to live up to your name! You can pick your nose and pick your friends, but you can’t pick your name, your parents do. The neighbor used to call me “Juan Diablo”, just to make jest of my name. I suppose you‘ve already guessed Juan and John are the same name. Like Maria and Mary or Jim and Santiago. So why do I use both? You might ask.

I haven’t always. Here’s the story. Way back in 68’ I was in the second grade. My school mates always had trouble pronouncing my name. They would call me “Wan” or “One” and it would frustrate me to no end. One day during recess, the teacher, Mrs. Hagan, R.I.P. (Nasty old lady!) got fed up hearing me all the time correct my fellow students. She pulled me aside and asked:

“Juan, what do you want to be called? Juan or John?” she asked.

“Yes. Your name is John, in English. I will tell the class to call you whatever name you pick” she said.

Wow, I never knew that up to that point! At home, Juan was the only name I ever heard. But I knew who John Wayne and John Kennedy were, and that name to me sounded cool and regal! Especially for a 6 year old little barrio boy. So jumped on it!

“I want to be called JOHN! Mrs. Hagan.” I declared with joy.

Then she turned to the class and got their attention.

“Class, listen up everybody… From now on Juan wants to be called “John”. So everybody get used to calling him by his knew name. Okay.” She announced. Then she back down behind her desk.

I felt like a new person. Like I had just won some kind of prize. My classmate of course were a bit confused by the new rule, but like most 6 years olds from my generation, we just did what we were told. No questions asked. I miss those days. So do the teachers I bet! So I ran home and told my mom the good news. She didn’t seem to understand why the change was made, or comprehend why I was so excited about it. She went back to folding clothes. I was so proud of my new name!

And so the name John stayed with me for the next 42 years. I worked in the late 80’s into the 90’s at a supermarket called Smith’s. There everybody knew me as John, including an older meat cutter name Ron. In 1999 Ron quit and ended up at Safeway. Fast forward to 2010 and I just got hired at the same Store as Ron.

I guess they had told him days earlier that a new guy was starting, and that his name was Juan Bayardo. They told him that he had worked together with me back at Smith’s. Ron did not recognize or remember ever working with someone called Juan.  Three days later I showed up for my first shift! And Ron instantly knew who I was. At Safeway I applied with my birth name Juan, as I always have when Im filling out legal forms. The supervisor who hired me just called me by my applied name. Ron then yelled out when they introduced me to the crew.

“Hey, is John, not Juan” he told the supervisor.

“Hi Ron, long no see.” I said extending my hand out.

“What the hell, when did you change name dude?” Ron asked, as he shook my hand.

“Well these guys have been telling they hired some guy named Juan, and that he knew me from Smiths. I told them I didn’t know or had ever worked with any freakin “JUANS.” He explained.

We both laughed the rest of the day as we caught up on things, and he started calling me Juanjohn ever since! I liked it, and decided to use it for my Facebook page. Later when I lived in Hawaii, I used it as a stage name when I was doing some open mic nights at a couple Waikiki and China town clubs.

Now it’s attached to my Gigs adventure. Well there you have it. Tomorrow I will go back to my youth and first marriage. I hope you found it interesting friends.