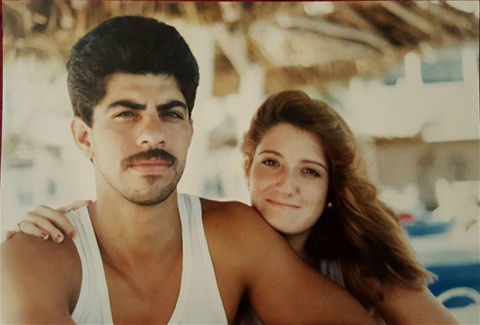 Today, April 21st, is a sad day. The world, or fans of musician Prince, are mourning his sudden passing. Not on my top twenty list of favorite musical artist, but I still liked a few of his hits.  57 is too young to die, famous or not. F.Y.I. they used to call me Prince, back at the door plant where I worked some 30 years and fifty pounds ago!  Ha-ha!

I really have been struggling with my feelings the last two days, relating to my bio. I still, even as I type ponder whether to open the windows to my past/soul that reveal the most intimate chapters of those years of my life. And I know why. The fact is that I am not really proud of a lot of the things I did and who I did them to. It has taken a lot of reflection, self-examination, along with brutal honesty to come to terms with the reality that I was not a good person for many years. Not that I was a total prick! But that I fooled myself into believing that somehow my conduct and attitude were fine, as long as no one was getting hurt or complaining. But they were…. I just was not listening. Thus the selfish part of my life began. From the ashes of my shattered marriage rose not the magnificent phoenix, but a hawk. A predator and vulture who wreaked havoc on many a good souls. And that transformation, as I recall was forged mainly from the restoration of my crushed self-esteem, manhood and ego that I found myself in.

On the outside I was esteemed as a model single father. Yes, my kids did well and seemed not to lack anything on the surface. I provided them with a nice home, plenty of attention and all the physical and material necessities they required. People would often complement me and the job I was doing as a single dad. But inside, I was out to prove to my wife that she really blew it, by casting me off.

Now as you have read, my up bring, challenging and dysfunctional as it was, was not totally devoid of some morality. My mother, between slaps and spankings, still did her best to instill in us some discipline and basic Christian principles. We were still taught to some degree, right and wrong. Good and bad. Kindness and compassion. Not always by example, but at least preached to some degree. So for me, at 27, I knew right from wrong. Looking back now, I have no excuses for my choices. They were mine, and I can’t blame anyone for them. Not even my parents. We reap what we sow, myself included.

So one of the factors in my rebuilding process was my place of employment. I worked at the factory for 4 of the five years I was married. I worked in an all-male environment and all my friends and acquaintances were mostly men. By my last year of marriage I was only months into my new job at the store. The working environment couldn’t of have been more different. The store was full of beautiful young girls and women! Working and shopping constantly. I was so devoted to my wife, all the way to the end, that I didn’t even notice all the eye candy that surrounded me. Even as my marriage was being dismantled right before my eyes, I noticed even less the creatures in my universe.

But once the turmoil in my personal life settled and word got around, as it usually does in those places that I was available, then things started to change. Not around me, but inside of me. There I was now single and available to the world. Initially, I believed, coming from such a low self-esteem hole that my wife had left me in, that nobody would have any interest in me. Not then, not ever. I figured that Dora was my only chance at something good, and now with two kids in tow, that my prospects were even dimmer. At 27, I felt like I was finished. Who would want me I thought.

Then as the dark clouds began to disappear and my spirits started to rise, my eyes began to open to the world around me once again. This time with a whole new outlook. My meat cutter workmates were the biggest culprits. They began to play matchmakers and advise me in order to help me forget and move forward with my love life! “The best way to forget a %$#@*, is to replace it with a better one” the old guys used to tell me. “Life’s too short to sleep alone!” or “Get all the &@#%* you can get." I took every piece of advice. Although at that stage, I was still in love with my wife and still missed her dearly, I still found the new attention left me feeling good. The first young lady that made eye contact with me was a beautiful 19 year-old clerk I used to close the shop with every night. She was a Utah native, and was already planning a return back home in a few months when we began to date. She really fell hard for me, and my being a single parent was not a deterrent for her, but a plus! As far as she was concerned, it was what made me more attracted to her! I couldn’t believe it. Toni was the first one to boost my confidence up from the grave. Now I had at least one foot out.

Two months later in January or 89’ she moved back home. We talked about the possibility of me joining her in Utah, and tried keeping a long distance thing going, but eventually I broke it off. Not because of anything she did, simply because once we were separated by distance, the reality of my true feeling surfaced. I was not in love her. She was my first rebound relationship. And for that, I apologize. The only thing that should ever be rebounded are basketballs.

My sister matched me up with a co-worker, a single parent like me. A cute Mexican girl with a reserved, polite manner. But after a few dates we both found out we had nothing in common. Actually she told me she liked or preferred the quiet, gentle types. She did not appreciate my distorted sense of humor. I was not her cup of tea, and I knew it. But instead of feeling rejected, it empowered me more. My self-esteem was growing! But not in a good way. I figured she didn’t deserve me.

Weeks later, my eyes locked on the cute scanning coordinator with a nice butt, as I was taking out the trash. She smiled back and I found the courage to approach her. We chatted the next day and I asked her out on a date. We went to a movie and got along great. She was 22, I was 27. I quickly felt comfortable with her and we became an item. Lorraine was beautiful, funny and once again she found the single dad thing attractive. I let go of my hangs ups about having kids and started to view it as an asset. Not a good thing for me at that juncture.

Lorraine was the best thing for me at that time. She told me things that no else had ever uttered to me. She used to use words like “Hot”, “Gorgeous”, and “Handsome” when referring to me! That really made me uncomfortable and embarrassed at first. I would look in the mirror just to check and see what she was seeing! I asked her to join me for a trip to Mazatlán on the train to Mexico. A place that my wife and I never made it to together. She gladly agreed and we had a blast for six days. She and I still didn’t see eye to eye on many things and argued often. Some of it was due to cultural differences but I think as she often would tell me, I was still hooked on my wife and that we would never evolve as long as I hung on to those feeling. She was right. She said everybody I would meet would now be compared to Dora. She was a ghost that only I could put to rest. Eventually our differences became more than our similarities, and I ended the relationship in an ugly, dishonest fashion. I was now letting all that attention go to my head! Lorraine did me more good than harm in those months we were together, and I never thanked her for the love she showed me and my kids. We are still friends to this day.

I continued the next couple of years that in a series of physical relationships with way too many woman of all races and ages. I gobbled up all the attention I was getting and never fell in love with any of them. I was feeding my ego and my libido. Yet somehow I always came away feeling empty. Because inside, all I really wanted was what I once had. A wife that could fill Dora’s spot. It would prove to be a black hole, a bottomless pit that no woman could ever fill.

The tragic result was that I was exposing Anthony and Vanessa to my parade of women, constantly going in and out of our house. Not realizing or caring the effect it was having on them psychologically. Truly one of my greatest regrets in life. And as good kids often do, they kept quiet and played along.

In 1991 I was transferred to a new store closer to my house, and it was there that I met the next person who would impact my life and I hers. I will talk about her next time.

Thanks for your support, have a good night and a better tomorrow. 14 more days to launch!