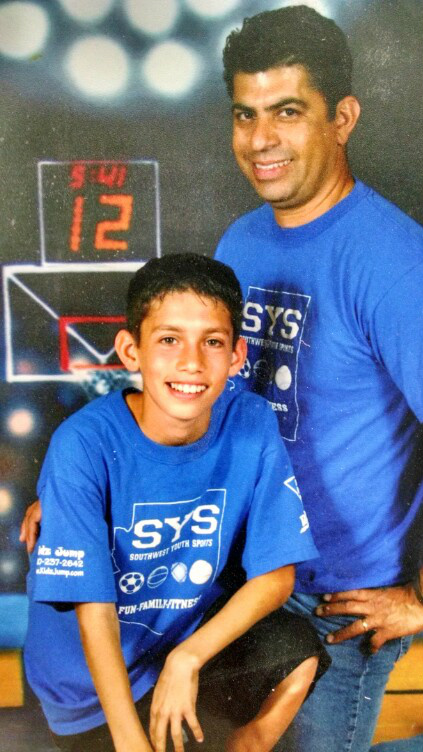 I hope all are well. I haven’t been able to sleep much lately due to the butterflies in my tummy and the excitement now building as I approach my last few days here at home. This is my last weekend here and I still have lots to do to prepare! Im really going to miss my bed, and my doggie Kalani!

I will continue with this last post concerning my history.

And so as I painfully recall the events of my destructive, selfish actions from that time, I still cringe every time I reflect on the matter, even now twenty years later. I hope when you finish reading this page you could see that in the end, all of us involved, recovered, grew and are still enjoying solid relationships with each other.

Back to the story. Once I carried out my plan to dissolve my union, I spent the next few months fooling around with this young girl. What kind of relationship could we possibly have? I got what I wanted I guess, but at what cost? What value did I put in my relationships with my family, friends and most of all, my three kids? These very some people who had always been there to support me through my struggles and my times of need, now turned away with shame. Who could blame them? I let them all down in a major way. What possible justification could I have for such erroneous conduct?

They were after all the very same loving, caring individuals who carried me and my children through the failure of my first marriage. The ones who praised and thought highly of me as I rose from the ashes of that fiasco eight years earlier. My mother and sisters who had helped me so much with Anthony and Vanessa during their forming years, becoming surrogate mothers, all in their own special ways, took it the hardest. Our relations were strained for months, to say the least. My wife settled back into her house with her mother’s help and did her best to heal from her breaking heart. Only she could tell of her own experience, all due to my actions.

Meanwhile, as time passed and the futility of continuing this distorted fling with this other girl surfaced. Looking in the mirror one day, I finally saw what everybody else was seeing. My family, friends, coworkers and my kids saw it all along, it was I who was living and seeing the world with a selfish, delusional lens. Once I was able to admit to myself that my actions had cause so much emotional pain and destruction to so many people and realize that I and I alone was the cause. So finally I slowing started coming to my senses. And when I did, the severity of the damage I created sunk in. I didn’t sleep or eat for days. I cried every time I looked my kids, just thinking of the pain and embarrassment I was putting them through. Anthony and Vanessa were teens now and were well aware of my shenanigans. Johnny was four and wasn’t old enough to absorb the chaos around him. I know the other two kids did. They suffered in silence, enduring the humiliation I had laid upon them. Being the loyal, good hearted kids they were, they said nothing to my face. They deserved better.

One night during my sleepless episodes, the reality finally hit me like a ton of bricks. All the time and effort I had spent the major part of my life trying to escape my father’s legacy was all just a waste. I had become what I had despised the most, my father’s duplicate copy. At least he never pretended to be anything other than what he was, but I for my part was a complete hypocrite!  I had to make things right again. So I painfully began to try to rebuild my life one step at a time. First I had to end the adulterous affair.

I called her the next day and told her we had to talk. I went to her apartment and ended the relationship. I apologized to her and told her that I was to blame for everything. It was a good step but not anywhere near what needed to be done

After that my wife and I tried some counseling to see if there was any chance of salvaging the marriage. Obviously the damage was too much to overcome for her and I realized I was doing it mostly out of a guilty conscience.  And that was the biggest residual affect the whole experience left me with, guilt.

I had been through this before with my first marriage, but now I was seeing it and feeling it from the other side. Not as the innocent victim, but as the guilty party. So after a few sessions the counseling collapsed. Any hope of fixing or reconciliation ended. There I was alone with my three children, sad, embarrassed and crushed with a guilty conscience. My finances also collapsed due to my recklessness. Within an 18 month span I lost my truck and our house to foreclosure. We ended up back under my mother’s roof once again.  My life was a mess, and I had no one to blame but myself. I was reaping what I sowed.

I continued seeing the sociologist alone, something I never imagined that I would ever do. She diagnosed me with clinical depression and put me on a strict diet of happy pills. I couldn’t see the light in that darkness that over took me those long months.

Over time I began to feel better after many nights of beating myself up with shame and self-loathing. People around me started to come around once again as I desperately tried to make amends with all the people I had hurt.  I devoted myself entirely to raising my kids. Anthony and Vanessa were in high school and stayed busy with sports and part time jobs. I spent the next two years just working and staying home with little Jonathan. Time and a contrite heart would prove to be the best remedy for healing myself and those closes to me. But would take years and tears to for me to look in the mirror and feel good about myself once again.

By 1999 the new century was near and I was busy with life again. It was the most painful period of my life. Something I would never want to repeat again. The best thing that I could say now about that era is the way my ex-wife and I recovered. We vowed early on after the dust had settled on our failed marriage, that we would make Johnny’s life as positive and loving as two divorced person could possibly create. And we succeeded. Our son grew up a happy, loving, stable child. He excelled in school and sports and is a fine productive member of society to this day. He never heard or saw us fight or exchange any unpleasantness towards each other. Not once. We sat together with him through school events, sports activities and his own personal achievements. It is the small silver lining that I hang on to.

Well friends that is all for my history for now. I hope I didn’t offend too many.

Next up, my grandkids. I will post a page devoted to the next!