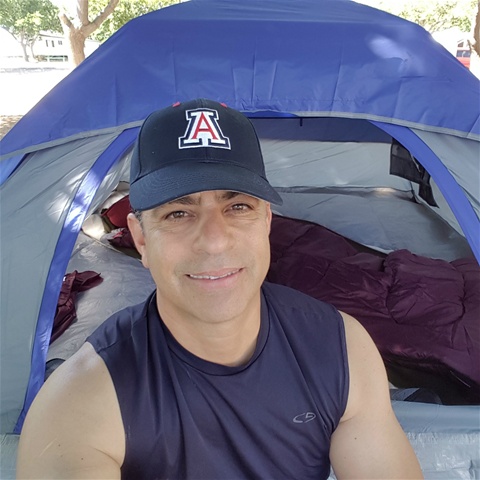 How is everyone doing? I hope all had a good Monday!

I write you from the beautiful state of Utah! I left Las Vegas a bit disappointed with no gigs completed in my two days there. Not to worry, I decided to move on and revisit the state on my way back from Oregon sometime in the fall. I kinda felt that might be a possibility with some states, seeing how I will be zigzagging the entire nation. I know Las Vegas well, but I’ve never been to the Reno/ Lake Tahoe area. So I look forward to returning to Nevada on my way to back.

Nevertheless, I was still irked at not finding any doable jobs. There was a fair amount posted but the trouble with the CL list lately is the amount of permanent jobs listed, as opposed to small, one or two day gigs. That seems to be the trend in some cities. Also the gigs in Vegas were more of the skin and flesh variety, something the Juanjohn is no longer suited for! It is after all the city of sin, sex and silicon. Ha-ha! Just kidding folks!

I rented a room on Saturday morning for $49 I thought, but after all the added extras, hotel fees, mafia cuts, and government kickbacks, I had to shell out $109! What a scam! For a state that claims to have no state tax, they really roll you like a pair of bones! They even try to tax the air and shade.

I hit the road for Salt Lake City, but I decided to stop here in the lovely town of St. George. I stopped to take pictures of the Virgin River that skirts the Arizona/Utah border and of all the nice colorful rocks, buttes and hills. The mountains in the distant are sprinkled with fresh snow from a recent storm and the weather is just great for camping. I came here almost twenty-eight years ago to visit an old girlfriend and the place has grown tremendously. The scenic beauty is still eye popping. I will visit Zion National park on my way to Salt Lake and hope to take many a pictures and selfies for the gigs photo page.

I decided to save some money and spend the night at an RV park that allows overnight camping.  I came equipped with all the gear including a propane stove to cook my meals. The rent for the space was $15 for the night, a far cry from the insane room rates in Nevada. The park manager and assistant were very friendly and supplied me with some ice for my cooler. They gave me a map to all the nearby national parks and told me not hesitate to ask for anything.  I ended up camping next to a group of four young boys travelling the state on their bicycles. They arrived late and were preparing their tents and dinner in the dark, with only a couple headlamps and a flashlight. One boy came over to ask if I had any oil for their pan. I gave him my can of spray pam and loaned them my propane lantern so they would be able to see their dinner better. I don’t know what they were frying, but it sure smelled good. Their accent sounded from the land down under, but I didn’t ask. Maybe it was just a Utah accent, mate!

I haven’t found any work here, so my rest days are extended a little more. I expect to score some work in the capital city on Wednesday. Then on to Colorado for the weekend.

Thanks for your time.