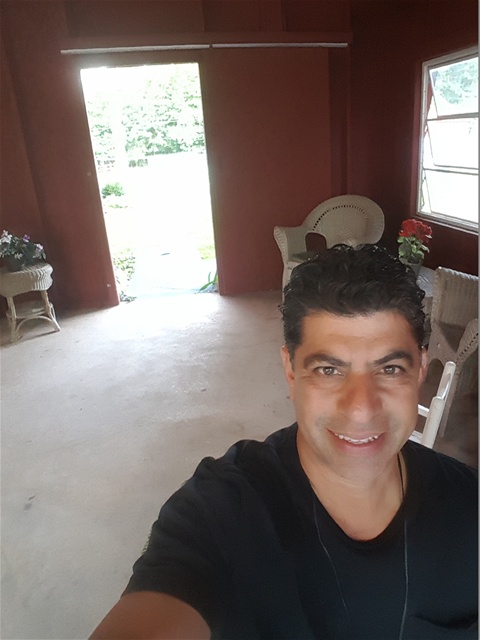 How are you doing this Saturday? I am well, thanks for wondering! I write you this beautiful night from the patio provided by the Little Red Barn campgrounds that I’ve been tenting at all week. I closed out my second week working in nearby Philadelphia, with Chris the contractor. I actually have my New Jersey gig set up for tomorrow morning just across the mighty Delaware River, just south of here. I’m excited to complete it, wrap up Pennsylvania and then finally visit New York City. Then on to Connecticut and the New England states by this time next week.

I’m feeling relaxed and enjoying my day off from the long days worked in Philly. So I have wanted to talk about this silly, yet important, subject of road kill. Now I didn’t furnish any pictures, so if this topic interests you, you’ll just have to use your imagination. If not, then you can check out my new pictures I posted on the gigs album!

From the day I left Arizona in May, I have seen the usual asphalt menu served up on the road, thanks to the multitude of vehicles hitting, ramming, squashing and colliding with all the local and regional animals that dare to cross their path.  Now back home in the city, I see the normal cats and stray dogs. In the outside desert highways, I see coyotes, rabbits and reptiles and birds. But as I went forward, especially from Texas and Oklahoma onward, the characters have dramatically increased and changed in nature. Starting with those weird looking, armored plated armadillos. I had seen them in pictures and animals shows, and the first one I actually saw on this tour was alive and scurrying away safely on the Texas pan handle.  Since then, I’ve seen dozens of those critters DOA on the road, more than any other animal. Whats up with armadillos? Do they have a death wish or something?

My theory is that these rascals, blessed by God with a full suit of armor, tend to be a bit over confident or cocky when making a decision to cross or not to cross any given road! They might look impressive to a wily coyote or any of their natural predators, who hunt them for dinner, but they are no match for a Cummings diesel roaring down the interstate, with a full load of Chinese made Wal-Mart goodies! May be they could hang with an electric smart car or a Prius, or tackle a aging biker on his Harley, but someone should tell them that real armor is made of metal, not cartilage. I assume as animals go, they’re not too bright. Life has played a cruel trick on these guys, and it all changed for them when the automobile was invented. Thanks Henry Ford, for rendering the armadillo and his full suit of armor to a simple buzzard buffet entre!  I’ve seen skunks, raccoons, porcupines, squirrels and things I can’t even recognize. Just piles of flesh, blood and crushed bones, I even saw a little deer on this Pennsylvania road. I actually wacked my first and only victim so far, a couple of weeks ago, on a dark Delaware highway. It was a possum and it was ugly. Poor thing, it never had a chance, with my fully loaded Avalanche. After eight thousand miles driven, I was due to score my share.

The problem with all this meat on display is my shrinking budget and the lack of protein in my diet! As most of you know, along with all my building skills, I spent many years working as a retail meat cutter at the local grocery store. I was known in my day to be pretty good with a hook and knife.  I could dismantle any two or four footed animal in minutes, and I still carry my tools with me. Now before you jump to any conclusions, or think you know where I’m going with this line of thought, you’re probably right! After weeks of skipping meals and eating cup a soup to save money, I have lost 14 pounds and counting.  In reality, I’m in survival mode now. I have to think like a survivor and keep my options open. Don’t be too quick to judge me, ye without hunger, cast the first stone! I have not reached that level of desperation yet, but I’m barley reaching the half-way point of this adventure. It can’t be any worse than eating at McDonald’s!  Stay tuned.

Well that’s all I have to say about that. Thanks for spending a little of your precious time with me! Have a good night and take care!  #Yo-Ga-Fla

Thanks Cathy from the Llorona Clan! Next time I'm in Texas, fire up the barbie and we'll make carne asada possums and armadillo ribs!