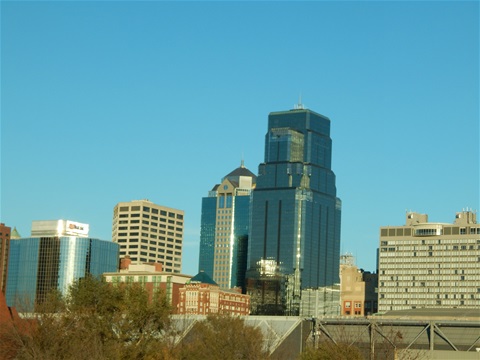 I hope all are warm and safe this Saturday. I write you this day from a fourth story hotel room at the Hilton Presidents hotel in Kansas City, Missouri. Yes that’s right, a Hilton hotel room! It’s a complicated story since last I posted I was 436 miles away in Minneapolis, but I assure you that I’m not on a mini vacation or getaway. This is a gig and I’ve spent the last three days travelling and working my bunz off despite fighting a cold or flu bug.

On my last day in Wisconsin I was already looking to Minnesota for my next gig. I saw an ad for some help and it looked familiar. It turned out to be the same company that hired me in West Virginia to help with some hotel furnisher liquidation. I contacted them and as it turned out they needed some help in Kansas City the next few days. I didn’t want to take such a detour knowing that I would eventually end up in Missouri later down the road. They offered to let me ride along with them in their work trucks if I wanted to and they offered to put me up in one of the rooms for the duration. I still was unsure if I wanted to take the gig since I was extremely tired from the Madison gig and the drive to Minneapolis.

Once I saw the weather forecast for the rest of the week, snow, so I decided to take the job. I grabbed a few things and hopped on board with Patrick and the owner Einar and headed south for the six hour drive to K.C. So here I am having escaped from the cold and snow that has blanketed the northern plains including Minnesota where I would probably be freezing my butt off as I searched for a gig. The Hilton here is a nice change from the motel 6es and the truck stops. The work of removing furnishings and loading them in a semi is not easy work, better suited for younger, stronger guys. But I’m not in the position to be picky. Besides, the room and bed are just what my body needed after almost seven months on the tour.

It is my first visit to this city and I like what I see so far. The few other guys they hired here locally have also been good guys and hard workers. I’m still hoping to score some of the world famous Kansas City barbeque before we head back to Minneapolis on Tuesday. I dodged the weather this time friends but the odds are that it’s going to catch up to me at some point. With fifteen states to go I’ve been fortunate to have had such great weather throughout. I have nothing to complain about I guess and all the sacrifices I will have made will all just wash away soon on the warm waves and cool breezes of the North shore of Hawaii!

Thanks for taking time to check-in and for your support. I posted some more pictures in the gigs album #2. Have a great weekend!  #Yo-Ga-Fla