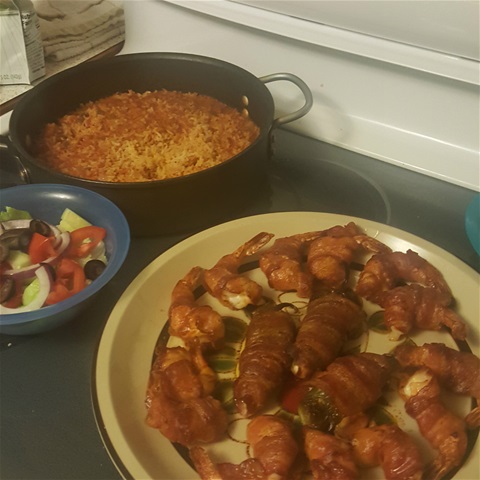 Greeting from a North Dakota public library here in Fargo where I just arrived a few minutes ago from Alexandria, Minnesota. I hope everyone had a good holiday weekend with friends and family or just you, if that was the case. I spent my Thanksgiving Day working a few hours and staying the last five days in the home of Patrick and Stacy Donovan. They were gracious enough to host me while I did my gig in their town. I was fortunate to have enjoyed the fabled Minnesota Nice experience, and let me tell you it did not disappoint!  The timing had to be right for this to have happened as has been the case in most of my journey, but I’m sure glad everything fell into place as I’ll explain.

As I planned this adventure months ago I knew only a few people along my charted course, some family and others schoolmates or friends of friends. I also have benefited the last thirty-six stops from others I have met that have opened up their homes or have let me stay in their R.V or vacant homes. All a greatly appreciated plus for me since this low budget tour barley earns enough money to cover gas cost and dollar burgers times.

In July I worked my West Virginia gig in Morgantown and that is where I met Patrick Donovan. I spent only ten hours working for him and after the day was over I went into detail about my tour with him. We posed for the official picture and he was so enthralled to be part of the adventure that he invited me stay at his house whenever I reached his home state of Minnesota. He used a term that stuck in my mind until now, Minnesota Nice. I politely said yes and we exchanged email information. We shook hands and he headed for the airport and I to Maryland. Now I was only twelve states into my journey and still energized and full of steam, feeling invincible. I told him I would probably be in his neck of the woods sometime in late September or October. As has been the case in most states, I’m never sure which city or town I will eventually end up working in; it has and still depends where I score a job first. It was a nice gesture from a good guy I felt, but I didn’t really feel like I would ever see him again at that point, besides, where the heck is Alexandria anyways I thought.

Months later as October neared, he sent me an email asking me when I would be near. He said he was following me on the website and looked forward to me arriving in the land of lakes. I gave him the best guess at the time and told him I would let him know as soon as I was close. His job takes him away for days at a time so he wanted to sure he was in town when I passed through. I couldn’t give him a definite answer, how could I when I’m living job to job, never knowing most days how long I will be in any given place. He understood and we just hoped that it would work out when I finally got to Minnesota .

By the time I was finishing up Wisconsin a lot of time had passed for me and the high energized tour had slowed down some.  I had since run out of money and had spent most the last fifteen stops sleeping in my truck. When the job in Kansas City opened up for me and I saw Alexandria on the map on the way to North Dakota, I knew it was meant to be! What I didn’t realize then and I so appreciate now is the timing aspect of this world. Back In July I was still 54 going on 34 but now I’m feeling every part of a half century in terms of age with 17 thousand miles behind me.

After completing the Missouri gig Einar and I drove the ten hours to Alexandria in the rain and light snow. I was fatigued, sick with a cold and dealing with a hurt finger, a far cry from the guy Patrick met in Morgantown. After picking up my truck in Minneapolis I followed him to Patrick and Stacy’s house. It was the refuge a person in my condition would be seeking. Patrick had told me he would have a private room with cable TV and a soft bed for my weary soul, a bed! He greeted me at ten pm with such enthusiasm and comfort such as one would welcome a family member or an old friend of times past. It was late and after chatting a few minutes he showed me to my room and told me the refrigerator and house was open 24/7. With six inches of snow on the ground and the thermometer reading 34 degrees outside I laid in bed reflecting on my blessing and good fortune. Patrick had made good on his promise and the best was yet to come.

The next morning came quickly as I slept like a log and struggled to untangle myself from the warm blankets. The coffee was already brewing for me which was a treat considering no one in the house drinks any java, which meant that Bubba as he’s known, went out of his way to purchase a small coffee maker and supplies just to accommodate my  indulgence. Who does that? I headed out for the day to start my gig. When I returned I met his youngest son Patrick the third and his partner of twenty years Stacy. She greeted me in the same manner and made me feel even more welcome. Later I met their older son Gage and Mia the ornery tabby with an attitude.  We relaxed for a while before heading out to eat at their favorite Mexican restaurant in town. These guys love the food and culture of Mexico and we spent dinner talking about our favorite foods. They can prepare an assortment of Mexican dishes and Bubba was excited about learning how to make homemade tortillas, that was the plan for Friday.

On Thanksgiving Day I painted a few hours as Patrick prepared the holiday feast at the house. By two pm the two Patricks’, a friend of juniors and I ate the ceremonial meal and watched football on the tube. Stacy spent most of the day in the twin cities with her sister and son, but by night fall the entire family was gathered including their daughter Kayla, son-in law, two grandchildren and a couple of guest. I was the only odd ball in the group but they never made me feel like I wasn’t part of the clan.

After work on Friday the three of us gathered as I put on my apron and made good on my promise to show them how to make my mother’s tortilla recipe. Bubba had purchased the items needed including a new 14” grill.  Stacy had already made some guacamole dip, pico de gallo and the thinly sliced boneless ribeye was marinating for the carne asada! The fast learning Minnesotans picked up on the tortilla gig like pros so by the time the gang had once again gathered for dinner we were ready with a stack of two and a half dozen Sonoran style flour beauties! They were a hit with the kids especially Jameson their three year old grandson, who kept stealing them off my plate. That could get you killed in my culture, stealing a man’s tortilla! It felt like I was home in Arizona with my own wacky family.

I worked all day Saturday but after my gig the three of us ended the night at a local watering hole and then back home for a night cap. We talked, laughed and shared life experiences and philosophies until almost three am as they tried to convince this desert rat that ice fishing was fun, me don’t think so!  Bubba and Stacy have kept it together for two decades and despite the ups and downs of a blended family, work and unexpected problems that always arise; they have found a way to make it work for them. As Patrick said time and time again, they have each other’s back; what more can you want from the one you love.

Sunday now arrived and rest was in order for everyone as Bubba and Stacy readied themselves for the upcoming work week and me for the next state on the list of fifty. Football, naps and Bacon wrapped, cheese stuffed, jumbo shrimp and jalapenos was on the menu for our last day together, another favorite of mine along with Spanish rice and a cool fresh salad. We ate until we almost burst, good thing we ran out of food! I was so full I couldn’t bend over and we still found room for a huge bowl of chocolate ice cream Stacy ran out to buy once I mentioned my love for chocolate. Who does that!

As the hours winded down and the grains of sand slipped away for me in the Gopher state the reality of being just a temporary guest in an unknown land so far from home was not just a blessing for me but a privilege to be included in such a fine home and family like this one.  As I went to bed for my last night in Alexandria I finally got it, what Patrick had preached all along starting way back that day in Morgantown; there is nothing like Minnesota Nice. I didn’t get it then because I didn’t need it as much but in the end it came at just the right time.  I still have 14 states left but this will be hard to top.

Thanks Bubba and Stacy for all your love and kindness, I owe you much. Thanks to you who take the time from your busy lives to check in and support this crazy adventure of mine!  #Yo-Ga-Fla