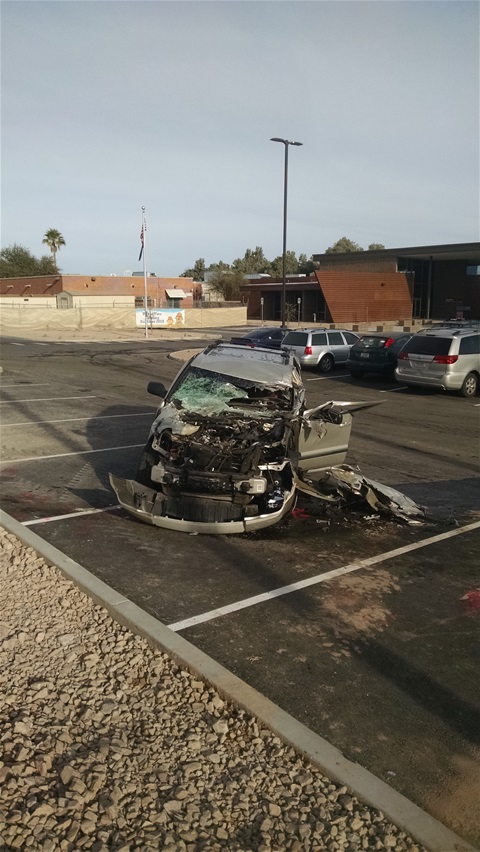 and Merry Christmas to you, if you celebrate such occasions! Kalani and I are enjoying this X-mas, basking in the glorious 72 degree day here in Tucson, although I see most of the country is getting hit with some wicked cold, and probably more December like weather! At least it must make your holidays feel more traditional, with all the snow and ice.

I had a busy week working, and even witnessed a severe multiple car crash happen right before my eyes on Wednesday morning. There were two injuries and several parked cars also involved as well, but the situation couldv'e been alot worse, considering it was at an ongoing construction site near my home. There were over a dozen landscaping employees working on site, when a car ran the red light, and went airborne at the intersection I was stopped at. It was a miracle no one except the driver was seriously hurt. I'm always out and about working, and I see so much speeding and impatients on the roads now, that it has changed the culture of driving for ever I sadly feel. So many people, of all ages and backgrounds, seem to feel that their time and priorities are far more important than the person in front of them, so honking, tailgating and cutting them off is no big deal to them. Thats what I see here in my hometown, so hopefully it's different where you live.

Now that I got that off my chest, I also see so many people on the streets and corners asking for help of some kind or another. That is not new, but the numbers always seem to increase this time of year. There again, no one profile fits the people on the streets asking for a hand out. Young, old, black, white or brown. Singles or couples, and even families with pets weather the elements to score a few dollars from strangers and passerbys. The fact that people in need will always exsist among us, doesn't make it any easier to deal with when you make eye contact with them at an occasional red light or stop sign. Sometimes I had an extra dollar or two, or food product to dispense them, but the fact is that sometimes I don't. Yes it's true, some folks out there are running a scam, and you have to believe thats happens more often than not, but there are many more needy folks than ever before, and they're need is year around.

I used to have a rule, and help out only the older people, or those with obvious health issuses who appeared to have limited physical capabilities. I never gave to anyone younger than myself, feeling that If I could work, they should also be able to earn a living as well. But since I returned from my one year cross country journey, I came to realize that needs and hardships can befall anyone, at anytime. The physical needs of people are the easiest to see, but a persons troubles and hardships are usually deep and well hidden behind tragic events, whether they are self induced or beyond their control.

I thankfully was helped by so many people, mostly strangers, whom I met along the way, which enabled me to succeed and get home in one piece. And I wasn't even in dire need, like these poor folks on the streets, but it changed my mind about how I view others struggling to cope with their own personal burdens. I don't give to charity groups or organizations, simply because I feel they don't maximize the donations given by the millions of generous people worldwide who want to make a difference. I prefer instead to help people out one on one, with a more personal experience, and thus guaranteeing they benifit fully from my modest effort to help their cause. I know most of the people on the corner are not looking for someone at a red light to rescue them from their plight, but if just a apple or dollar for a coffee or burger helps them get through the day, then what harm did it do to my present circumstance? After all, aren't most of us just trying to get by, one day at a time? And more importantly, it can someday be us, or someone we know or love out there on that corner, holding up a sign.