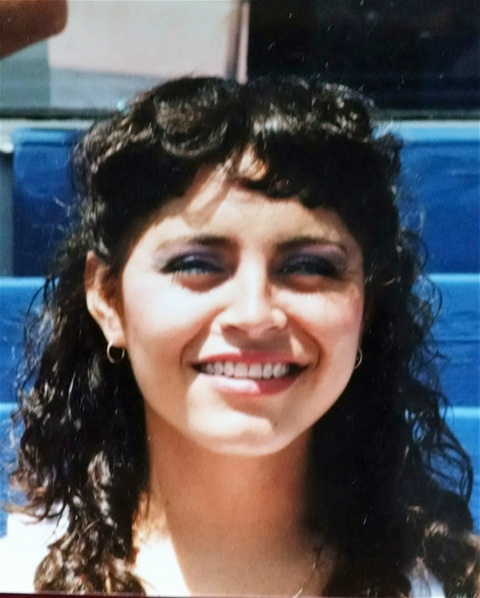 Hoping all had a wonderful day at whatever you do. I’m just about done with a backyard putting green! You can see the pics on my album page in a day or two, of you like.

Last post I covered my family history up to my high school years. Writing about ones upbringing can be difficult for some, and therapeutic for others. As for me, it’s both. Many of you I suppose, have wonderful childhood memories, and some I assume, prefer to not even go there. There is a saying that was popular a few years back: “It is what it is”.  I really hated that phrase, and people over used it all the time! But I guess it was meant for situations like my childhood.

Unlike many who can’t escape the baggage that they bring to adulthood, or break the vicious circle of whatever dysfunction surrounded them, I believed that I was the exception to that rule. At 16, I already knew that I didn’t want to follow in my father’s footsteps. And the best way I could prove it was not to ever become an alcoholic, like him. Looking back now, I had no clue how ill prepared I was to enter the adult world. Especially relationships with the opposite sex. Dora was going to open that door.

After the race, we talked for a while by the stadium. Then I walked her to the end of the school gate. I don’t even remember what was said, but I still remember the feeling of being in a trance. I had up to that point, many crushes with a variety of the cute girls in school, but this was no crush! Never having the courage to ever approach a girl, or even ask one out, I always loved from a safe distance. Silent and alone. In complete anonymity.

Yes, there had been a couple girls, one my freshman year, and one my sophomore year, who showed some interest in the “Johnny man” but I did not reciprocate. I had a serious crush since that eight grade on Susie S, I will call her, but she was waaay, above my league! Beautiful, smart and humble, Susie liked me as a FRIEND! I Hated that! She dated only jocks and handsome pricks! Just kidding.

But in a twenty-four hour period, Dora turned my life upside-down. She gave me her number to her landline phone (Yes Don, I know what a landline is!) and we talked for hours on end! We shared the same lunch hour, and met after practice. We could not get enough of each other. We both dropped our friends and our normal school routine to spend every minute together as much as possible. We quickly found that we had many things in common, like many of the victims of that teenage disease, puppy love experience!

For starters, we both were born in Nogales, Mexico. We both had six siblings, and were both were the middle child. As a matter a fact, unbeknownst to us, our parents knew each other casually and our fathers did not get along.

I couldn’t have cared less! This beautiful creature was enamored with me, and I with her. I felt feelings and symptoms I had never experienced before. All my thoughts, all the time, were totally focused on her! My stomach fluttered inside, my body tingled, and my palms sweat whenever we saw each other, or talked on the phone! It was far greater than I ever imagined love could ever feel. I used to see other kids hold hands or make out in the hallways all the time. I dreamed of one day, having a special girl of my own. And now it was happening to me! But what was really rocking my world was her beauty. Or the lack of mine. Here was a girl at a level far superior to mine, and she was in love with me. How lucky can I be? I don’t deserve her. I thought. I would later find out that the feeling of not being worthy would haunted for many more years to come.

So the relationship blossomed. It was perfect. We rolled through the first five or six weeks in total bliss! We found no faults with each other and didn’t care what other kids said or thought. My younger sister, who was in the same grade was not too happy with me, and tried to dissuade me with some insider intelligence. She told me Dora had a ‘reputation’ and that she would break my heart in a second, the minute she found someone better. I blew her off as an over protective sister.

The truth was that, unlike me, at fourteen Dora had already experienced her first kiss. She had already had a few hallway romances and was very popular with the boys her age. That was understandable considering her appearance. Again, I was not deterred by the revelations. I loved her, and she loved me back. That’s all that mattered to me then.

Then things started to move too fast for the both of us. First we began to skip classes in order to spend more time together. Logically then, our grades began to suffer. I was never a Rhodes Scholar, but my Grade point plummeted. From A’s & B’s to D’s & F’s in one semester. From 72 to 213, my class ranking dropped. Sadly, I didn’t care. But even worse, as the end of the school year approached, we started taking liberties with each other’s bodies. The curiosity was, to say the least, intoxicating.

Because we spent a lot of time together, unsupervised, we no longer were content with kissing or holding hands. She initiated the light petting, and I introduced the heavy version. The next thing we knew, we were totally out of control. Both of us riding on a sexual deviant highway, where no rules existed, and all exits were ignored! I wish I could blame the lack of education, namely the ‘birds and the bees’ lecture neither of us ever received, mostly due to the cultural taboos that abounded in that era. Maybe if I would have had a father, or big brother who took interest in my life at those crucial times, things might have been different for me, or for boys like me. I will never know. The passion, and the desire discovered or awoken in me had no shut off button! Inevitably, that road we were on came to a crash.

During the summer vacation, we would sneak away and see each other as much as possible. In September of 79’ I started my senior year, and she her sophomore. We didn’t realize it then, but Dora was already two months pregnant.  Obviously, she skipped a couple periods and the hand writing was on the wall! We hid it from our teachers, my mother and her parents as long as we could, but ultimately we came clean with the news. It was a shock to many, but not all. Still our parents went through the normal stages of anger, disappointment, and betrayal. Both sides of our families had already experienced teenage pregnancies by that time, so it was not new ground we were breaking.

Then our worlds changed, or mine did. Again. She decided to quit school, I believe to avoid the shame and embarrassment. But for me, I now was able to see clearly the path that I was on for the last ten months. And being a senior, I wanted to end my last year on a good note. I rededicated myself to fixing my grades and to reconnect with my friends who I had ignored the last school year. I was also discovering new friends and new girls. Meanwhile, Dora tried to hang on to me from a distance, and with prodding from her family, talked about getting married after graduation. That scared the *%$#! out of me, now that I had my head on straight! I made one mistake, I reasoned, getting hitched would be another. But more profoundly, I was changed by all the events from my experience with Dora. None more so than my confidence level. Now as a senior, I was strutting my stuff to all the ladies! So being married and raising a family at 17, was the furthest thing on my mind!

I had a blast my last year of school, and hardly ever saw Dora through her pregnancy. The more she tried to hang on to what we had, the more I pulled away. Even now, some 37 years later, I can’t quite explain or figure out what happened to me that made me totally fall out of love so fast with her. Maybe the responsibilities facing me made me turn and run away, like a scared little rabbit, or the new found popularity with my school mates drove me to bigger, better options, I don’t know.  But as it turned out, the love I lost for Dora, much to her delight, I rediscovered a couple of years later.

And that friends, I will discuss tomorrow. I was back and forth weather to post a pic of Dora, but I decided to give you a visual to connect you better to the story.

Thanks for your listening ear, good night!